Benton Harbor is a city in Berrien County, located in the state of Michigan in the United States. It is situated west of Kalamazoo and northwest of South Bend, Indiana. According to the census completed in 2010, 10,038 people were living in the area.

It is one of the two major cities that make up the Niles–Benton Harbor Metropolitan Statistical Area, with a total population of 156,813.

Contents hide
1 6 Amazing Things To Do In Benton Harbor, Michigan
1.1 1. Relax And Learn More About Liquor Production At The North Pier Brewing Company
1.2 2. You Can Also Stop By Piggott’s Farm Market And Bakery
1.3 3. Explore The Fernwood Botanical Garden And Nature Preserve
1.4 4. Have A Special treat At Henry’s Hamburgers
1.5 5. Explore The Southwest Michigan Underwater Preserve
1.6 6. Take A Peek At The ARS Gallery
1.7 Conclusion
1.7.1 Other Related Posts:
1.7.2 Related posts

6 Amazing Things To Do In Benton Harbor, Michigan

1. Relax And Learn More About Liquor Production At The North Pier Brewing Company

Jay and Jordan Fettig, a married couple, run a brewery in Benton Harbor, where they also operate a taproom and an outdoor beer garden. They concentrate on European beverages, particularly lagers and ales from Belgium. Learn how these drinks are made.

This brewery also operates as a restaurant and opens all seven days of the week. In addition, it has made it a goal to establish itself as a “third place,” which refers to a location apart from a person’s home and place of work where they can socialize and unwind.

They also offer a rotating selection of 12 beers served on draft. There are also tacos, sandwiches, salads, and baskets of snacks, which can be found on the menu at the bar restaurant.

2. You Can Also Stop By Piggott’s Farm Market And Bakery

The same family has operated Piggott’s Farm since it first opened in 1949, and that tradition continues to this day. The purpose of the farm is straightforward: to serve as good stewards of the land and to provide tasty products to the residents of Southwest Michigan and the communities in the surrounding areas.

Stop by Piggott’s Farm to pick up some of your favorite fruits and vegetables, and while you’re there, be sure to swing by the bakery to get your hands on some mouthwatering pies, doughnuts, cookies, and other pastries.

The park was named after the daughter of Mr. and Mrs. Klock. They bought up 500 feet of Lake Michigan shoreline and gave it to Benton Harbour so that it could be used as a park for children.

The park expanded in 1952 when more land was bought for it. As a result, this park is home to several wetlands and marsh areas. Unfortunately, private developers have lobbied the city to sell the park’s land. Nevertheless, this park is a great place to have quality time with your children.

4. Have A Special treat At Henry’s Hamburgers

During the 1960s, Henry’s Hamburgers was a more successful franchise than McDonald’s was at the time. The outlet in Benton Harbor first opened its doors in the year 1959. It outlived the original franchisor and has undergone multiple ownership transitions and venue relocations. Still, it has the same high-quality food and customer service that contributed to its initial success.

Customers can take their food with them or use the drive-through service. The Brown Bag special, which consists of a double cheeseburger, fries, and a Pepsi, is one of the most popular items here and accounts for half of all sales.

However, customers are interested in the quirky specials, like the 99 Munchie of the Month and the Nuggets “two for the price of one.” They are also encouraged to share their franchise memories on the community board on their websites.

The Southwest Michigan Underwater Preserve is a gorgeous underwater wonderland that is just as rich in maritime history as in beauty. It is located off the western coast of Michigan and is accessible only by diving or snorkeling.

It was formally dedicated as the tenth preserve in the state of Michigan in 1999, and it is well known for the numerous shipwrecks that can be explored within its waters.

Furthermore, the 230-foot steamer H.C. Akeley, which sank while carrying cargo from Chicago to Buffalo, the commercial ship Verano, the 135-foot Havana, and the 106-foot Rockaway are just a few of the shipwreck dives available at this preserve.

Divers can also explore the caves and trenches of the Clay Banks due to the preserve and the peculiar rock bottom of the Grand Mere Rock Outcropping.

6. Take A Peek At The ARS Gallery

The ARS Gallery is committed to educating visitors of all ages in the cultural and visual arts. It was opened in 2010 and is located in the center of the developing Arts District in Benton Harbor. Anna Russo Sieber is the proprietor of the gallery and the curator. She sees that each exhibit provides an opportunity to develop an appreciation for contemporary art and enjoy it.

The ARS Gallery hosts a variety of educational programs for art enthusiasts who would like to develop a deeper understanding of various art mediums and display exhibits that feature the work of both emerging and established artists.

This art gallery is dedicated to art in many ways, and one of those ways is by awarding scholarships to deserving students who exhibit a passion for the arts.

The city of Benton Harbor is one of the best places to visit, and you shouldn’t hesitate to add it to your tour list. However, it is highly recommended that you see it because it is home to many well-known attractions, such as Jean Klock Park. 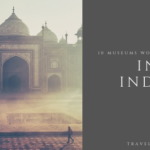 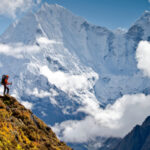 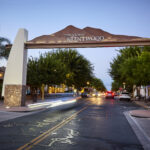 10 Fun Things To Do in Brentwood, TN List of 7 Fun Things To Do in Fond Du Lac

List of 12 Fun Things To Do in Alexandria, LA 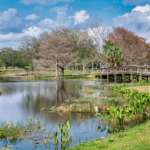 List of 6 Fun Things To Do In Leesburg Fl 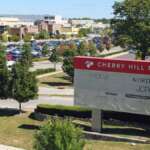 6 Fun Things to do at Cherry Hill, New Jersey 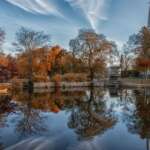 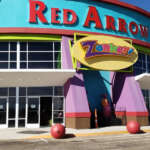 Top 6 Things To Do In Clovis, NM 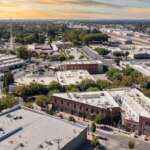