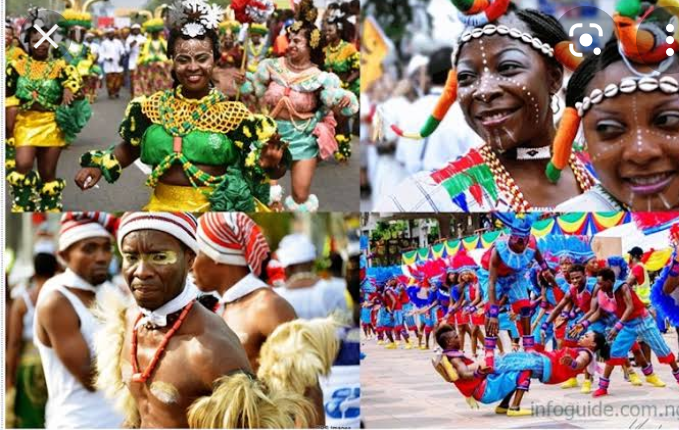 It’s a norm in Nigeria that at certain times, you see people travelling to their home town, and you will be like why are they travelling passionately. For example, during some certain months of the year, you can see most Igbos from all corners of Nigeria travelling to their home towns. And, you will be wondering what is in these festivals that they are so much passionate about and are willing to spend time and money on.

In this 21st century, Festivals in Nigeria has become not just a cultural thing but an attraction to tourist.

What are the types of festivals in Nigeria?

There are numerous festivals practiced in Nigeria. For this article’s sake, I will be discussing only the major festivals.

The Argungu Fishing Festival is an annual four-day festival in the town of Argungu in Kebbi state located in the north-western part of Nigeria.

This festival started as far back as 1934. It began as a celebration that marks the end of the centuries-old hostility between the Sokoto Caliphate and the Kebbi Kingdom. The festival is held on the Sokoto River around February or March. Thousands of fishermen equipped only with nets compete to catch the largest fish. And the winner is crowned.

The festival contains other attractions like dance and music, sporting competitions and exhibits of arts and crafts.

This festival has become a national heritage whereby people from various parts of the world come to see or look at this festival.

Ikeji Arondizuogu is a popular cultural festival in Imo state that brings the Igbo-speaking community around the world together to celebrate in this ancient town.

It started way back to five centuries ago and it is acclaimed to be the biggest pan-Igbo cultural community festival with a strong heritage, coupled with international recognition.

It is arguably the biggest cultural festival in Igboland and the largest gathering of masquerades in Africa. The festival is marked with colourful displays of different masquerades such as Ogionu, Mgbadike, Nwaaburuja and Ozoebune; prestigiously parading and dancing in the market square to the admiration of the public.

There is no year that passes where you won’t witness an increase in grandeur, display, dance, sophistication and all-inclusive participation of all Arondizuogu people and friends.

This festival is done around March or April to celebrate the New Year festival. The festival lasts for four days to signify and correspond to the four market days in the Igboland which are Eke, Orie, Afo and Nkwo. Each of these days has a special significance and represents one of the several dimensions of Ikeji – a festival renowned for sumptuous feasting, fascinating masquerades, pulsating rhythms, and colourful performances. It serves to unify and foster ties among Aro people who are spread across the entire Igbo speaking states and part of Cross River state and even those in the Diaspora.

During Ikeji festival, on the last day, a ram is usually tied to a pole at a popular market square with a single thread. Somebody with the strongest protection from any juju of whatever type is expected to leisurely walk to the ram amidst heavy attempts with juju from other people to knock him down, maim him or kill him. Only the brave can participate, while the not so brave will either abstain from or remain with the crowd as spectators.

Only the brave can stand forward from the crowd, one after another and approach the tree with a view to untying the ram. However, each contender will be attacked by forces that are beyond the scope of this article to explain, with a view to stopping him from reaching the ram. If overwhelmed, he will beat a retreat back to his starting point. Until eventually, the bravest among the masquerades participating in the competition for that year’s festival, after overcoming all odds, will reach the ram and untie it and take it, to thunderous applause by the spectators. This will be followed by visits to his house by fellow kinsmen with food and wine for elevating the status of his village. Each year this is used to commemorate the person in Arondizuogu and neighbouring towns with the strongest juju.

The Eyo Festival is annually held in Lagos, Nigeria around. It is also called Adamu Orisha play.

Back in the day, it was held to escort the soul of a departed king or Chief and to usher in the new king or chief. That’s why the white-clad masquerade representing the spirits of the dead referred to as “ogogoro Eyo” comes out to dance in the festival.

The Calabar Carnival is known as the biggest street party in Nigeria attracting over 50, 000 costumed participants and over 2 million spectators and it is been broadcasted not only by local television but international media outlets like CNN and BCC carried it.

It is a one-month long celebration that starts from 1st December to 31st every year. It involves carnival teams marching across the streets where they engage in colourful displays and competitions from which winners are selected and awarded. Participating teams usually rehearse for months in advance before the carnival date itself.

It started in Calabar in 2006, including band competitions, a parade, and food and dancing across the country

The Ofala Festival also called Ofala Nnewi, is an annual cultural ceremony practiced by the indigenes of Onitsha in Anambra State, South-West Nigeria.

The festival is described as the most important surviving traditional ceremony of Onitsha indigenes which is celebrated within two days mostly in December and January in honour of the Obi of Onitsha.

The Sango Festival is known as World Sango Festival and is usually held in August at the palace of the Alaafin of Oyo. The festival which is observed in over forty countries in the world is held in honour of Sango, the third king of the Oyo who became the deity of thunder and fire.

This festival runs for a week attracting over 20,000 spectators from all over the world. It is also recognized by UNESCO as a cultural heritage.

error: Content is protected !!
× Want to rent a Car? Chat us now.