This is probably the most catchy headings you’d want to cautiously read to the end. This may come as a surprise to you but truly, there are indeed some things that can get you kicked out of a hotel as a guest.

When one book to stay in a hotel, one is expected to conduct certain manners in order to maintain, not only one’s reputation but avoid being kicked out from a hotel.

Have you ever heard people say…

“oh yeah, we were kicked out of the hotel that afternoon because we did ‘this’ and did ‘that’…”

But the unfortunate thing will be when you are not abreast of the things that can actually get you kicked out of a hotel.

When it comes to hotel services, we can say that two major roles are meant to be played courteously by both the hotel management and customers who luge.

As a travel team, we have encountered numerous cases in hotels we visited and how they recount the unbearable behaviour of some guests.

This may be among the reasons that inspired this blog post and also the fact that…. Well,… you don’t want to ask if we have been kicked out of a hotel, do you?

In this article, I’ll show you 6 things that can have you thrown out of a hotel prematurely.

You exercise your full legal right when you sue a hotel management for not performing their obligations for the services you paid for, they equally exercise their legal right by kicking out guests or even sueing them when they do certain awful things. This largely depends on how serious the case is.

So it is important to be aware of the things that guests do in hotels that can have them kicked out of a hotel prematurely so that you avoid these acts.

Contents hide
1 1. Throwing A Party That Disturbs Co-Guests
2 2. Bringing in wild animals
3 3. Getting vulgar with other guests or hotel staffs/workers
4 4. Bringing in pets that are not pet-friendly
5 5. Cooking anything without a proper kitchen area
6 6. Wearing inappropriate clothes beyond the pool area
6.1 Other Related Posts:
6.2 Related posts

1. Throwing A Party That Disturbs Co-Guests

If you ask me if the easiest way to get kicked out of the hotel, I’d tell you to throw a party when you lodge in the room.

Some hotels can even be kind enough to tell you to reduce the volume of the music and noise made by everyone in the room but when it goes beyond the line, you had better pack your luggage before your check out time.

Some hotel management will not hesitate in ordering the security to kick you out once they evidently detect any party like noise from your room.

This is strictly done to prevent the disturbance of other guests in their respective rooms thereby preserving the reputation of the hotel.

Also, they try as much as possible to prevent guests who throw parties in the room from damaging any of the facilities in the room. If you succeed in throwing a party without alarming the hotel management, the guest from other rooms could put a call to report you.

While the environment of the hotel and the interior comfort provides a wonderful place for partying and jollification, it is not nice to disturb other guests who want to have a peaceful rest in their rooms.

Sometimes it may be easy to do this but the penalty is daring. Stories from the past recount how guests end up saying they were not aware of the rules on wild animals and pets. We have others who let in  wildlife through windows that have been left open.

Guests should also be aware that bringing in wildlife into a hotel room, either knowingly or unknowingly can attract a fine on your credit card to settle any damages such action might have caused. In addition, such guests would be thrown out before the registered check out date.

3. Getting vulgar with other guests or hotel staffs/workers

You should try as much as possible to be polite with hotel staff and co-guest. Any action of physical combat or getting vulgar with someone else could have you thrown out of the hotel prematurely. This has no respect for being under the influence of alcohol or not.

It is better to alert any hotel staff about an arising issue than to get into an abusive challenge or physical combat.

4. Bringing in pets that are not pet-friendly

This is similar to bringing in wild animals. But in this case, it depends on the rules of the hotel you book.

Some hotels are not pet-friendly, and bringing in your pet could have you thrown out in no time. It is normal to want to take your buddy along with you when you travel, but you need to be careful and make sure you are taking little fellow to where it is accommodating for you both.

Some hotels can nor stand the damages and disturbances that pets can cause in a hotel. Although, they are not all that harmful and dangerous, but you won’t want to stress the cleaner and electrician and plumber who will be fixing all the damages that can be caused by pets.

Hotels that allow you to bring in your pet can even charge you for damages made by the pet.

5. Cooking anything without a proper kitchen area

It was very funny the day I noticed that a guest actually brought in her portable cooking appliances with her during her stay in a hotel I lounged in. Although, she managed to check out without being thrown out.

But this is far from anything appropriate.

Not only can it cause you to be kicked out but also pose a serious hazard once fire goes out of control. If hotel rooms do not have a kitchen area, then do not consider bringing any cooking equipment to cook. The last thing you want to do is to raise a fire alarm from your room.

The major reason why most people get kicked out of a hotel is because they inconvenient co-guest or make them uncomfortable.

And the truth is, there are many ways to do this. Dressing code is part of them.

Some hotels will not tolerate guests who dress indecently in front of guests, especially beyond the pool area.

This may sound off but it can actually make some other guests feel uncomfortable. It is absolutely allowed to wear anything around the pool area, but once you go beyond that area, it becomes offensive in sound high-end hotels.

Some prestigious hotels will throw out any guest who wears clothings like swimsuits in the reception or other areas apart from the pool area.

I hope you have learnt something today from this article. These are things that could actually get your thrown out from a hotel prematurely. Have you ever been kicked out of a hotel? What was the cause? Is it among the factors listed in this article? 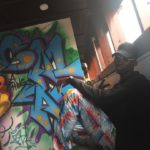 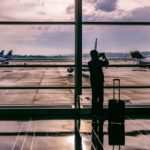 How To Apply For Travel Insurance Online in Nigeria 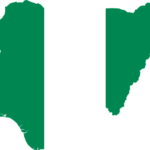 Immigration Offices in Nigeria 2023 (With Addresses) 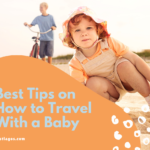 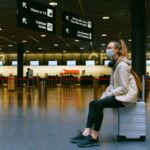 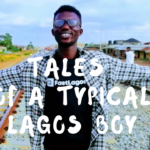 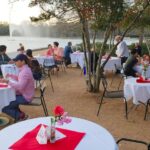 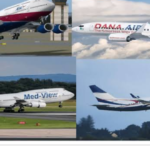 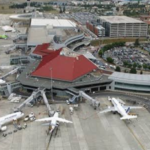 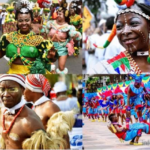 Top Festivals in Nigeria 2023 and Their Locations