Discover all of the safest places to live in Lagos and enjoy constant electricity.

Lagos is a wide state, the biggest of any other state in Nigeria. The only state that comes close in terms of population is the center of Nigeria, Abuja.

From nightclubs to restaurants, Lagos is a city that never sleeps. A strange mix of cultures and trends, Lagos has everything from flashy cars to peaceful gardens. And although its vibrant atmosphere makes it attractive to many, some areas might not be so appealing at first glance.

Lagos is a top choice for those relocating to Nigeria, however, the metropolis is an intimidating place for newcomers. Lagos is split between the cosmopolitan island and the crowded mainland. Whether you prefer the feel of a big city or a small town, this list will help you find the safest option in which to live.

To find the safest places to live in Lagos, we took into account violent and property crime, road quality, and police presence for 12 cities that have more than 50,000 residents. In 2017, Apapa emerged as the safest city overall with the highest average police score and the lowest crime rate.

Lagos has seen a remarkable rise in some of its most popular areas over the last few years. The surge in prices and popularity has led to some new areas cropping up as well.

It’s an exciting time for Lagos, but where is the best place to live? That can vary from person to person and family to family, but there are plenty of areas available if you know what to look for. You can find everything you need with our list of the safest places to live in Lagos, Nigeria.

Safest areas to live in Lagos

These places in Lagos have lower crime rates than others, making them ideal for you and your family. Lagos has a vast array of safe neighborhoods.

While many cities have a couple of good areas, Lagos has several neighborhoods that are perfect for families and singles alike. This report covers the safety rankings of all areas in Lagos. It is based on police crime data such as crime prevention, detection, and outcomes within a geographical area.

Ikoyi is a high-brow area of Lagos, with excellent amenities and facilities. It has the best security in Lagos among other residential areas and there are many things to do for both families and singles. There are reputable schools, clubs, and bars that offer the best services and relaxation.

A commercial center of Lagos, it houses several high-end hotels, embassies, and restaurants. There is an abundant selection of upmarket apartments, hotels, and private villas dotted throughout the emerald green gardens of Lagos’s premier suburb.

A modern cosmopolitan island with lots of entertainment facilities, Ikoyi is home to the affluent and savvy. The area is considered a semi-gated community, its main entrance features security guards who check cars and drivers before they pass. Ikoyi is accessible by the Lekki-Ikoyi Link bridge.

Ikoyi is generally considered one of the most expensive areas in Lagos state to live in, with a real estate value of N1.4 billion for a house in Banana Island, Ikoyi which is one of the posh estates. The average house in Ikoyi costs a whopping 1.2 million naira, while the cost of an apartment is between 25 to 50 million naira.

The crime rate in ikoyi Lagos and its environs is moderate. As a result of the numerous patrols that take place all over the city every day by the police, you don’t get to see armed robbery or kidnapping across the streets.

The police work hard to ensure citizens’ security is not compromised. ikoyi Lagos has a crime index of 26, making it safer than 26% of the cities in the world.”’

Ikeja is a picturesque town, situated to the north of Lagos. Ikeja has been an important military center since colonial times and offers great benefits for both, single and families including transportation facilities all around the city, great schools, hospitals, and more

Ikeja offers a central urban location with a suburban atmosphere. Conveniently located in Lagos, Ikeja is close to the airport, offers good public transportation options, and is close enough to the city for street food and bustling nightlife.

Ikeja is the capital of Lagos State and it is located at the center of the metropolitan city in Nigeria. The major world bank headquarters are built in it. In addition, nearly all foreign consulates, foreign airlines, and other businesses are headquartered in this area.

The crime rate in Ikeja Lagos State is one of the highest in the world. While most developed countries and many developing nations can maintain relatively safe environments for citizens and visitors, others struggle with high rates of crime.

The crime rate in the Ikeja area of the city of Lagos, Nigeria is relatively high. The most common crimes are burglary and fraud. Armed robbery is a rare occurrence, but your personal safety should be taken seriously.

With new developments like the upcoming mega mall and office space that are currently under construction, Yaba is set to become the new business hub of Lagos. Yaba is centrally located in Lagos with easy access to most of Lagos’s other districts.

The central location makes it a perfect location for residential or business purposes. It is not overcrowded like some of the other areas and has enough room for expansion.

Yaba Lagos is a small but densely populated area that is known for its commerce. It has many high-rise buildings, including the Yaba College of Technology, the first school of technology in Nigeria, and Lagos State University Hospital.

Famed for its tech start-ups and nightlife, Yaba is becoming the hotbed of Lagos’s rapidly growing arts and culture scene. Dating back to the 19th century, Yaba’s many nooks are now home to a rich mix of drinks bars, galleries, cafes, and restaurants.

The crime rate in Yaba

In 2018, the crime rate in Yaba was 39.5% lower than the national average. Compared to Lagos, Yaba has an unusually high number of residents working at home. The best neighborhoods in Yaba are Mushin, Maryland, and Ikeja.

The cost of housing in Yaba, Lagos ranges from N75k to N11.5M a year. Renters will typically spend 35%+ of their monthly income on rent. If the cost of renting is more than 40% of your monthly income, you generally should consider either buying a cheaper home or finding a roommate or roommates. Magodo is a middle to upper-class residential suburb that shares boundaries with the less fortunate Ikeja GRA on the north, Alausa on the east, and Ketu on the south. It is a relatively affordable option to other sections of Lagos where houses are highly-priced due to desirability and prime location.

Magodo is a very cool and breezy residential area in the heart of Lagos, Nigeria. It was a lily-white community whose structures were mostly single bungalows but which evolved into a developed neighborhood with clusters of houses erected on each plot of land with white people living there are very few as many have relocated to neighboring areas like Ikeja and Lekki.

The area is inhabited by both locals and expatriates who come from all walks of life. Magodo Phase 1 & 2 lies just around the second toll gate on the Lagos-Ibadan Expressway (the first being in Alausa, Ikeja) and it is also close to Berger GRA through the Ikeja-Berger Bridge.

Magodo is a modern, highbrow residential area in Lagos. It is home to many of the rich and influential citizens of the country; it is always buzzing with life.

The crime rate in Magodo

The average crime rate in Magodo is relatively low, compared to other areas of Lagos. Most crimes occur around nightclubs and bars in the city center, however, violent crimes are generally isolated and rarely happen. Most people can walk freely throughout all districts at night with little to no harassment.

15 % of people in Magodo Lagos rent their homes which is lower than the national average of 27.9 % and similar to the regional average of 18.6 %. Magodo is a nice place to live, though the cost of housing is on the higher side. 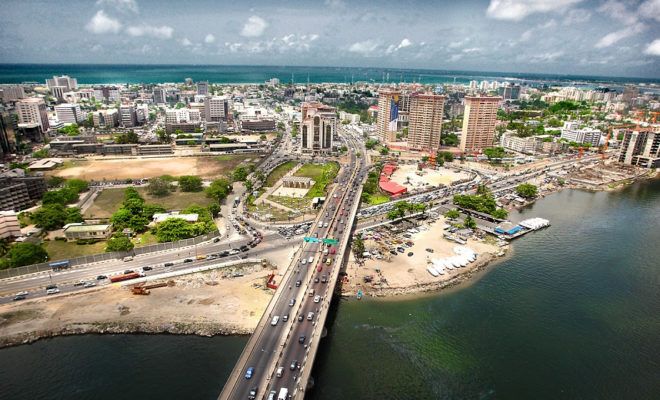 The stunning beauty, the plethora of amenities, and the safe ambiance are just a few reasons why you should consider living on Victoria Island. The Lagos social stratum is a mix of various cultures from around the world, ranging from captains of industries to musicians and sportsmen.

Victoria Island is one of the best places to live in Lagos. Victoria Island is a mixed development of residential, commercial, and leisure properties. The infrastructure is excellent and it has several shopping malls, restaurants, art galleries, and hotels. It is also considered the main business district in Lagos.

Located at the heart of Lagos, Victoria Island has plenty of amenities to offer to anyone looking to live and work in the city. Victoria Island (VI) is the commercial hub of Lagos; it has seen an increased growth rate in the past few years.

This prime location is the home of leading banks, multinationals, and embassies. Some of the most expensive properties can be found on Victoria Island, as well as some of the finest entertainment centers, hotels, and eateries.

Victoria Island is a nature lover’s paradise. The city’s parks, gardens, and beaches are beautifully maintained and easily accessible. Plus, the surrounding area is brimming with natural beauty — just an hour north of the city, you’ll find pristine hiking trails with views of snowcapped mountains, crystal clear lakes, and waterfalls all around.

Housing cost in Victoria Island is based on rent and housing ownership to meet the need of Nigerian standards. This area was designed to house middle-class to highly cost-effective citizens.

Housing cost on Victoria Island is the most expensive in Lagos and Nigeria as a whole. This makes it one of the most sought-after areas to live even though properties here are not immediately available.

The trend for renting an apartment on Victoria Island has been increasing year on year and this trend is expected to continue. Homes for sale are hard to find and there are hardly any plots available for sale. This makes it a great location for those looking at buying or letting real estate in Lagos State.

Victoria Island is currently one of the most expensive places in Lagos with a housing cost of about N109,600,000. This price is almost more than thrice the price of the cheapest housing estate in Lagos which is Isheri North Estate at approximately N29,400,000.

The crime rate in Victoria Island

The crime rate in Victoria Island, Lagos has fallen by 8.7% over the past 12 months, and residents on average have a 1 in 23 chance of being the victim of a property crime 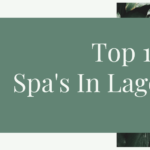 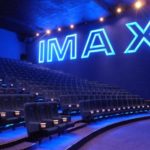 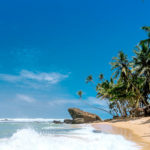 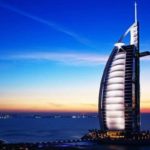 Top 4 Tourist Attractions in Dubai To Visit in 2022 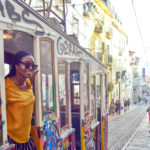 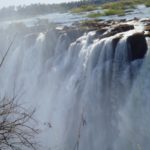 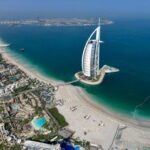 Things To Know Before Moving To Work in Dubai 2022 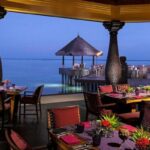 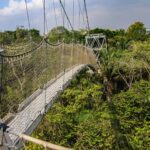 Top 10 Places To Visit in Nigeria This December 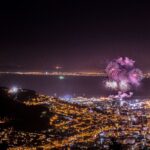